Apparently I've been driving illegally for the past month.  While having lunch with Cari last week I noticed her driver's license.  I asked her why hers looked different than mine and she said that her old one had expired and she went to get a new one.

Then she looked at me and said that mine was probably expired as well.   I pulled out my wallet, and sure enough, my license had expired in December.

At this point I didn't really even want to drive home.

Thankfully, Cari takes good care of me and came to my rescue.  She emailed me a copy of my insurance card and I drove over to the DMV after work.  Amazingly I had about a two minute wait before getting help and I was legal within ten minutes.

Now I can start driving like a maniac again.
Posted by Duck Hunter at 8:37 AM No comments:

At dinner last night I went around the table asking the kids what is their favorite activity that doesn't involve a screen of some type.

One of the kids wasn't really interested in my conversation and replied, "cleaning my room."
A teenager kid talked about band and the last kid made it sound like nothing was enjoyable without a screen.  I quickly threw a few suggestions at that child until they agreed there were enjoyable things in the world that didn't have an LCD screen.

I enjoy playing video games too but there gets to be times where I feel like there are too many screens around and I thought my dinner conversation would provoke some interesting responses.  I don't think my conversation will have much influence without enforcement but it was an interesting topic to think about.  Do you ever feel like there are too many screens in your house?  Do you limit their use in any way?  Share your ideas!
Posted by Duck Hunter at 8:43 AM No comments: 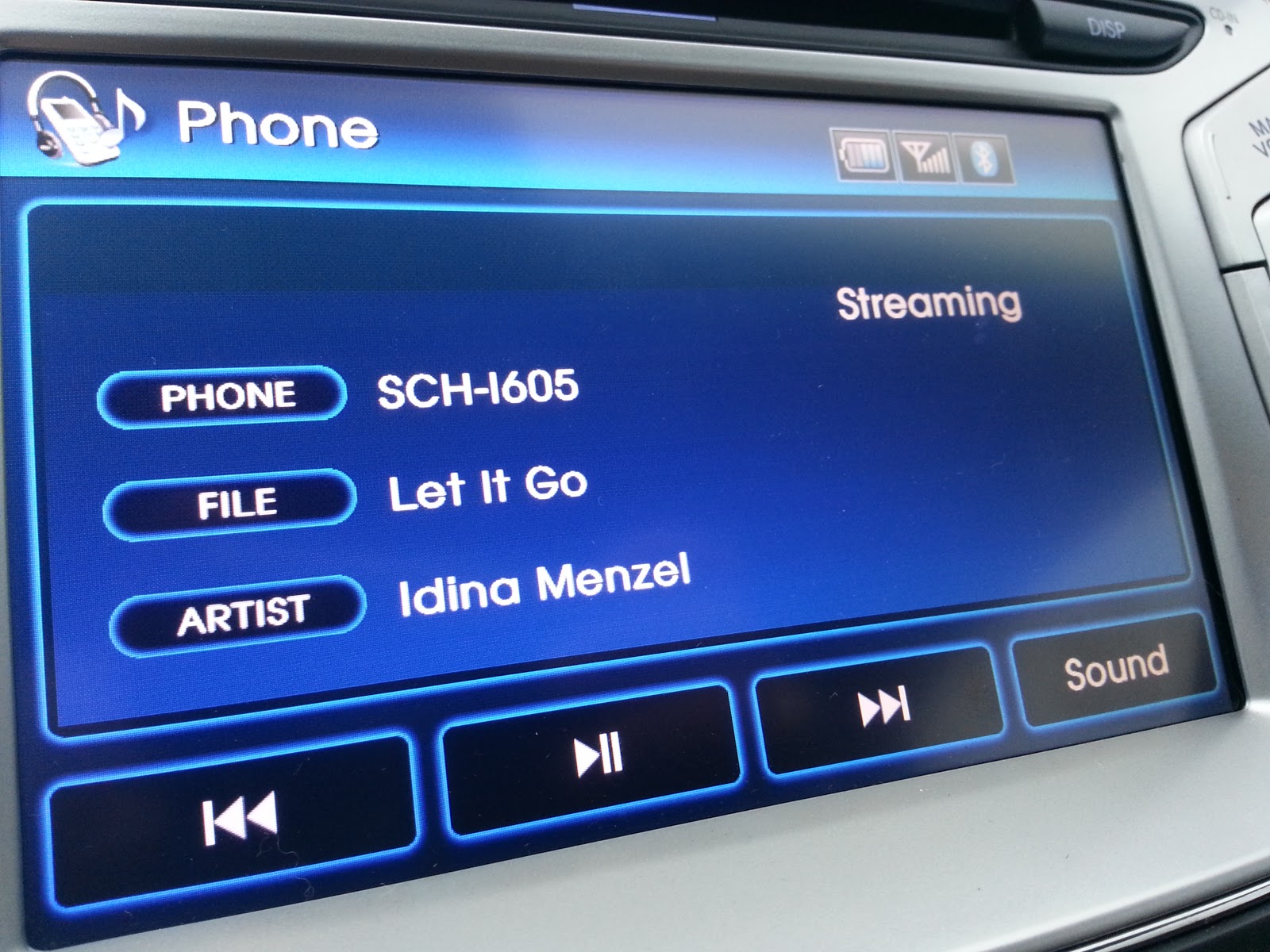 Lately, every time my phone connects to the bluetooth in my car it starts playing Let It Go from the movie Frozen.   I'm not sure why this has become the default music my car wants me to hear but I'm thinking one of the females in my house may have something to do with it.

Survive! - another board game

I recently added to my board game collection another good family game.  I was looking for something that all five of us could play together.  This meant finding a game that adults could enjoy as much as a seven year old.

After some searching and some reading I settled on Survive: Escape from Atlantis.  In this game you are on an island that is sinking into the ocean.  Your goal is to save more of your people than the other players save of theirs.

As your people jump into the ocean or grab up some available boats there are sharks, whales, and sea serpents waiting for their next meal.  On your turn you may have a chance to direct some of these monsters and determine who they will target. 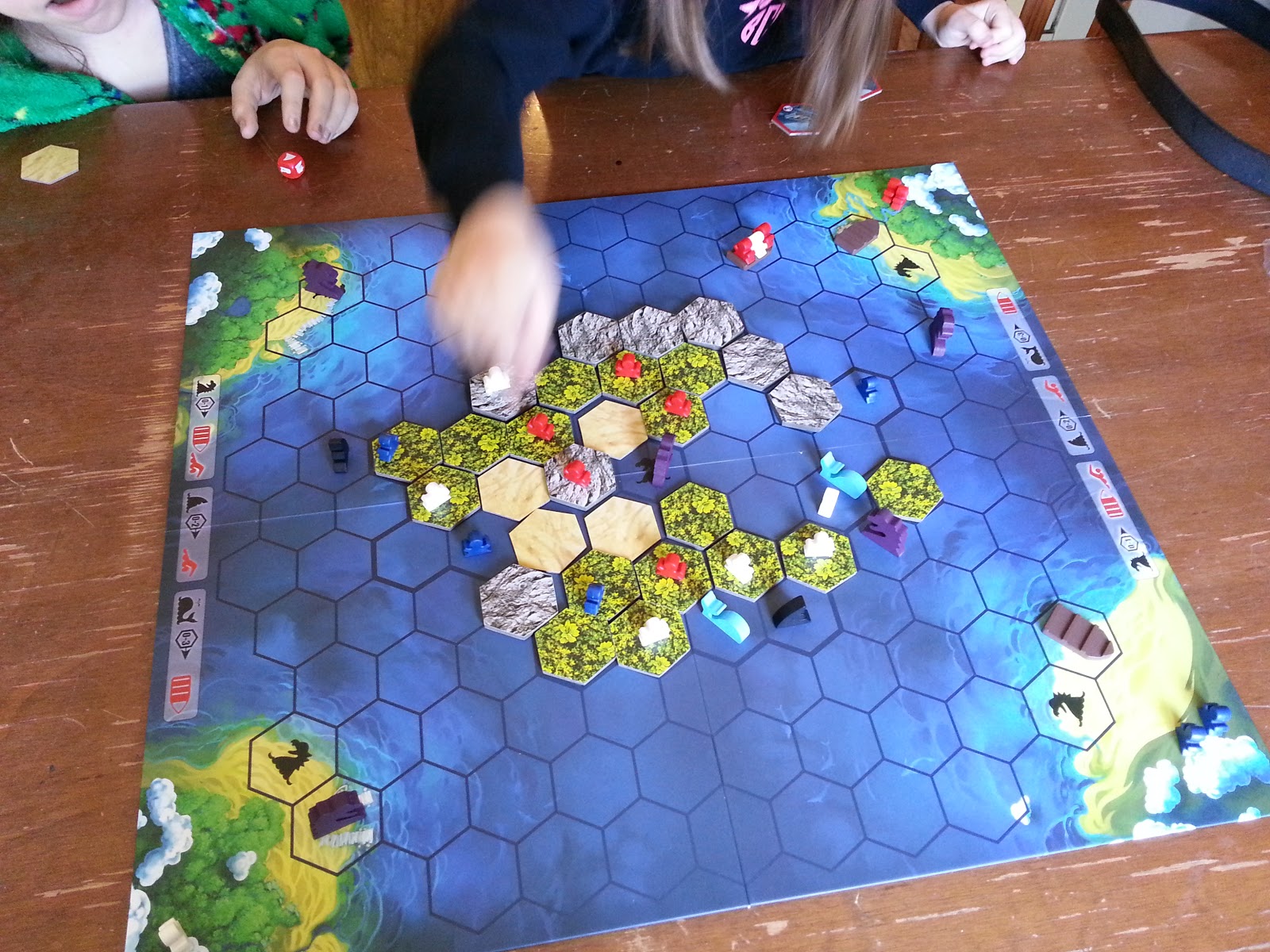 As you can see above, the island is built with various tiles.  Each game this island is randomly built which helps it feel slightly different each time we have played.

This game is very easy to teach because there are not many rules to keep track of.  It also plays quickly and because other players can effect your people you are never bored waiting for your next turn.

We buy a lot of board games and some of them don't turn out as we had hoped.  This time I think I found a game that we all enjoy playing and it will find its way to the table more than others.
Posted by Duck Hunter at 12:31 PM No comments:

This happened earlier this week.

But don't sit too close or big brother will bring his ruler.

When I got home I asked him on a scale of one to ten how much of a trouble maker he is.  His answer, "Eleven".

Maybe he didn't understand the question.
Posted by Duck Hunter at 7:49 AM No comments:

Recently we had a break from winter weather and I was invited to go on an adventure searching for a waterfall in the woods.

Mark, Eric, my son, and I all headed up to Cleveland, SC and started on our adventure.

We were looking for a waterfall named Spider Tunnel Falls by a blogger.  He briefly described how to get to the falls and we used his description as we entered the woods where no trail exists.

We followed the creek and as we worked our way through the woods tried to stay close to the water.  At one point we approached a large cliff that forced us away from the water to get around it.  We continued up stream and found a small waterfall.  Not what we were seeking.  We felt like we had traveled a bit too high and decided to start our way back down. 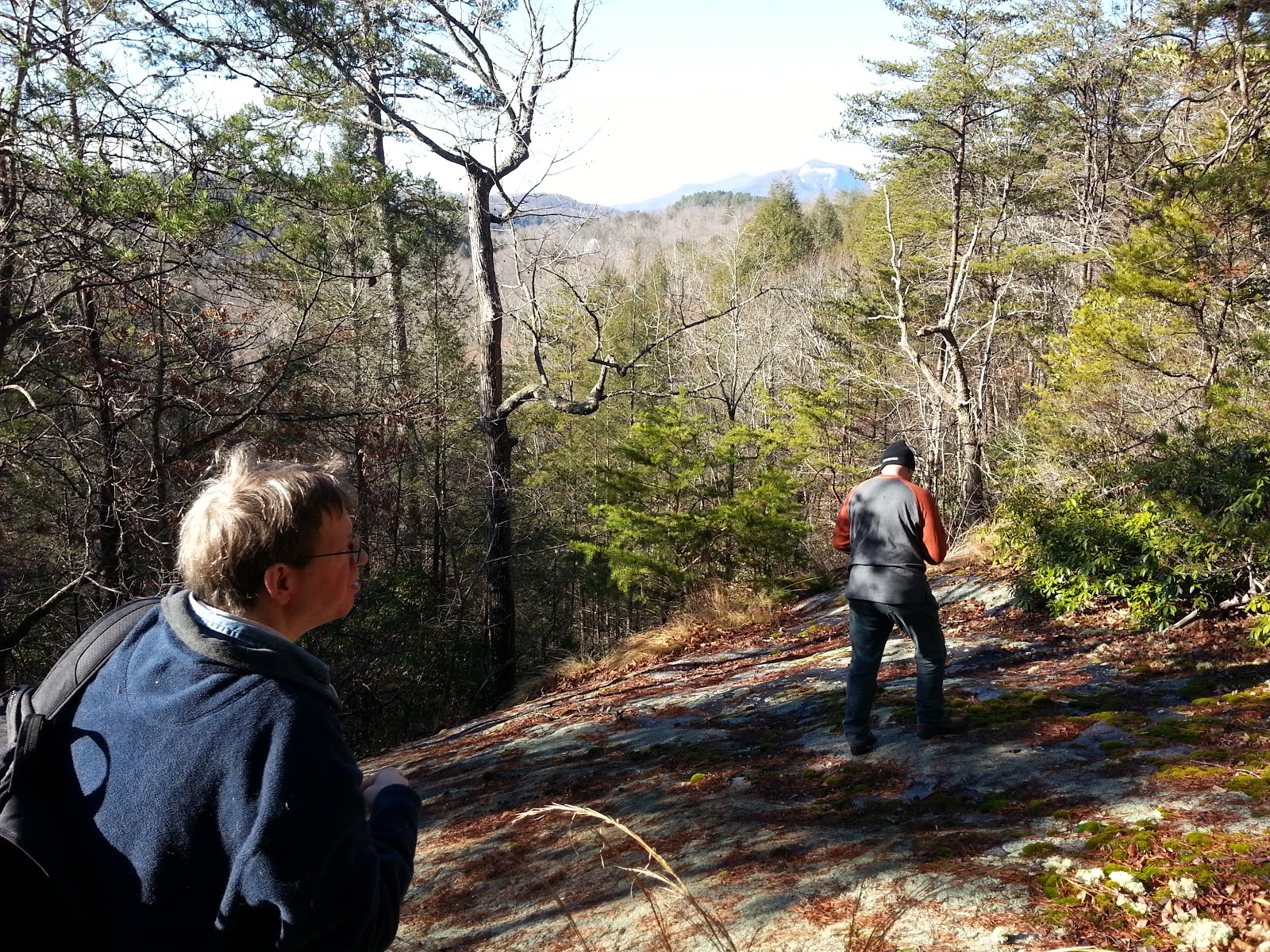 On our way back down we found an old rusted barrel in the creek.  Could this be a remnant of a moonshiner? 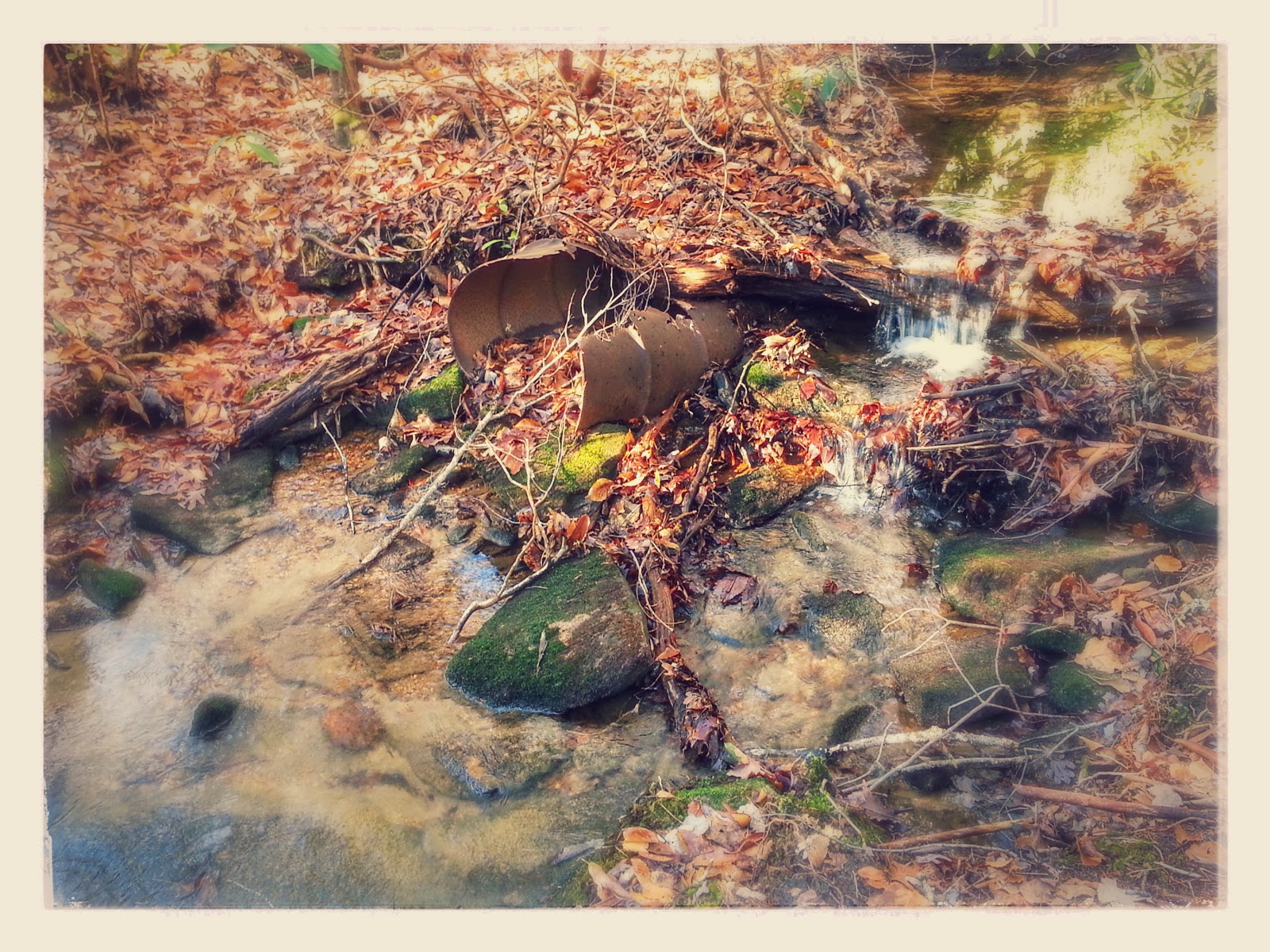 We also found some old metal bands that may have been used on barrels or containers.  Again, moonshiners? 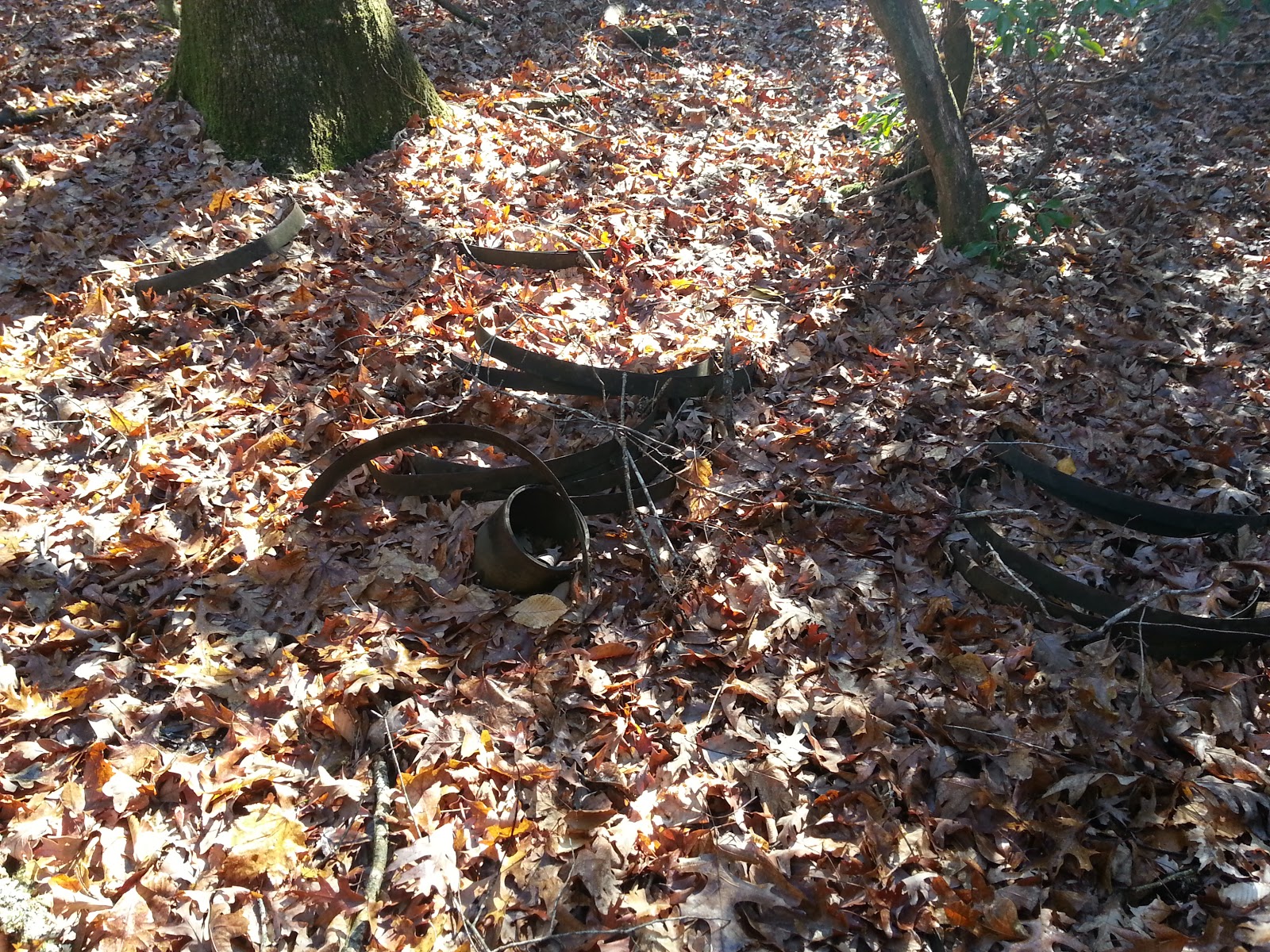 When we re-approached the cliff from the top side we heard the waterfall.  In our trip up we had went too far away from the water but this time we heard it.  We made our way through the trees and found the top of the falls. 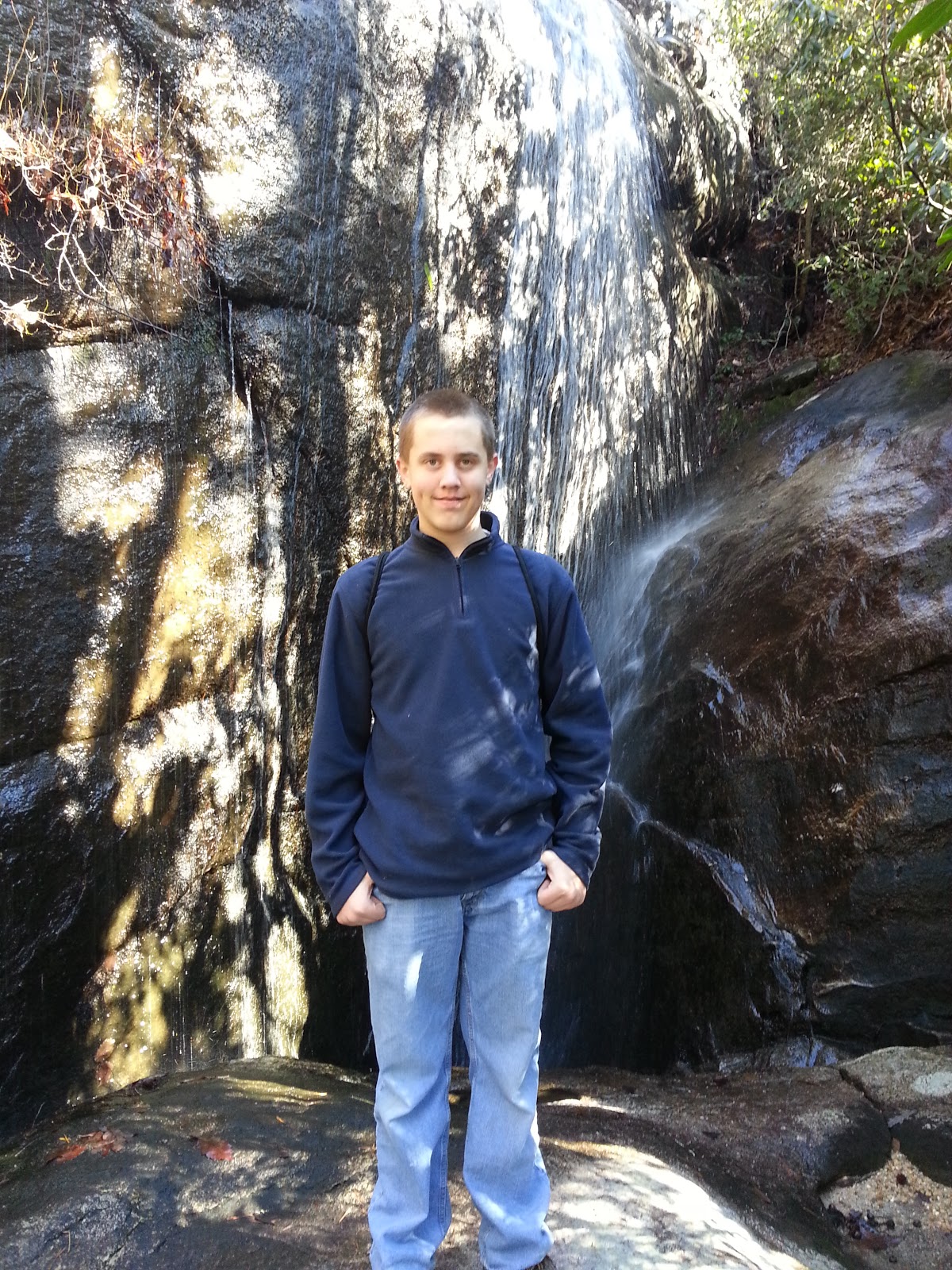 The falls were terrific.  Water flowed off the top of the cliff and into a hole in the rocks big enough to jump through. 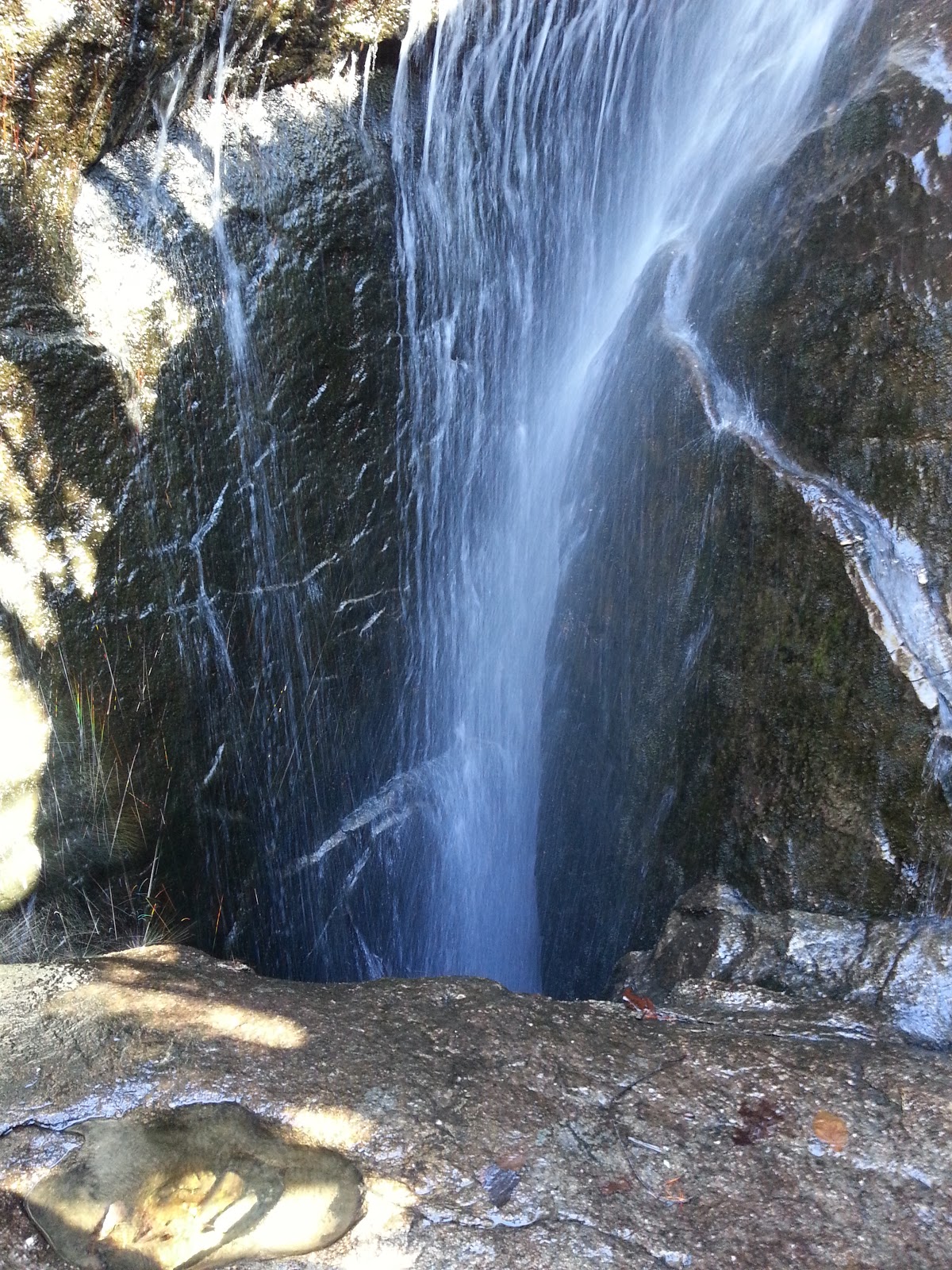 Following the rock around we climbed down to find the "tunnel" part of Spider Tunnel Falls. 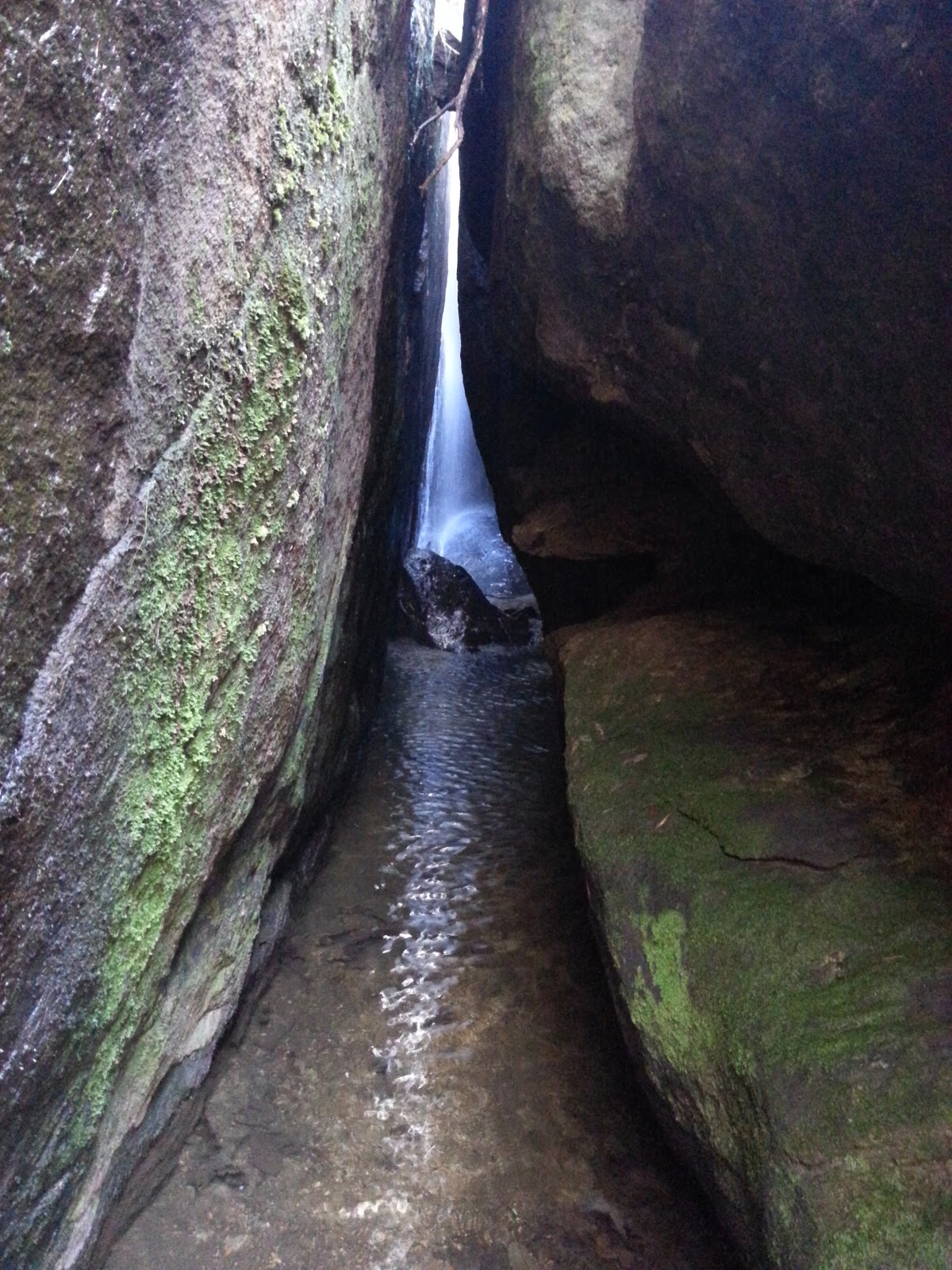 The tunnel is wide enough to easily walk through but it would require wading in the water (no more than knee deep) but being the middle of January we chose not to walk to the base of the falls.

Here is some video of the falls:
Upper portion:


After our success we walked up the road a bit more where we found some abandoned home sites and the shell of a building that Eric said was previously a gas station.  Bamboo had been planted around this area of the gas station and home sites and had become very thick. 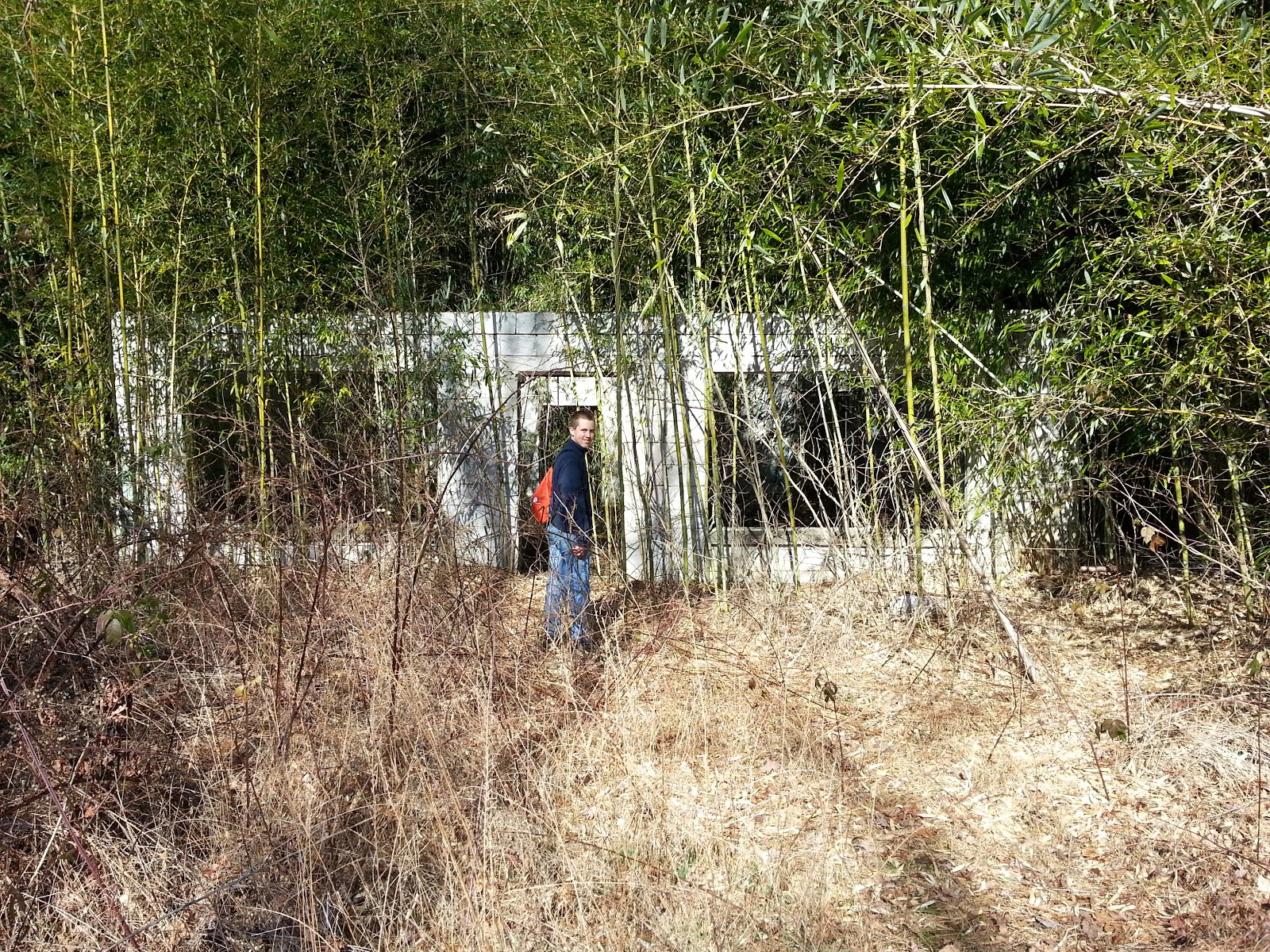 Next up was walking North along Highway 11 for a few minutes where we came across another creek pouring near the road.  We headed into the woods to follow the creek.  Mark had traveled this creek before and knew we were in for a treat.  Very quickly we were greeted with a waterfall but Mark encouraged us to continue walking.

That's when we found this waterfall: 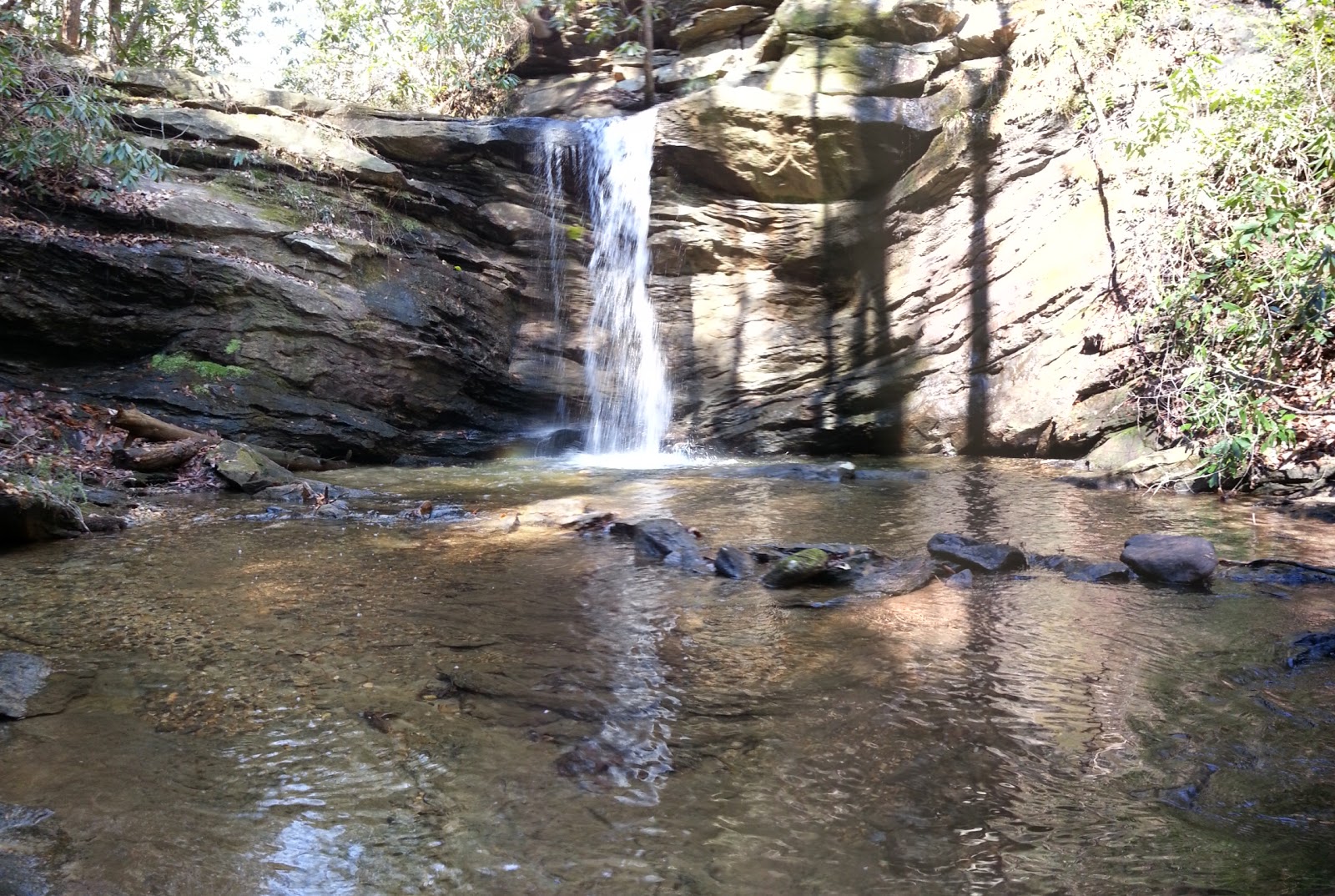 And a short video of this waterfall:

On our way out of the woods I stopped and took a photo of the lower falls along this creek: 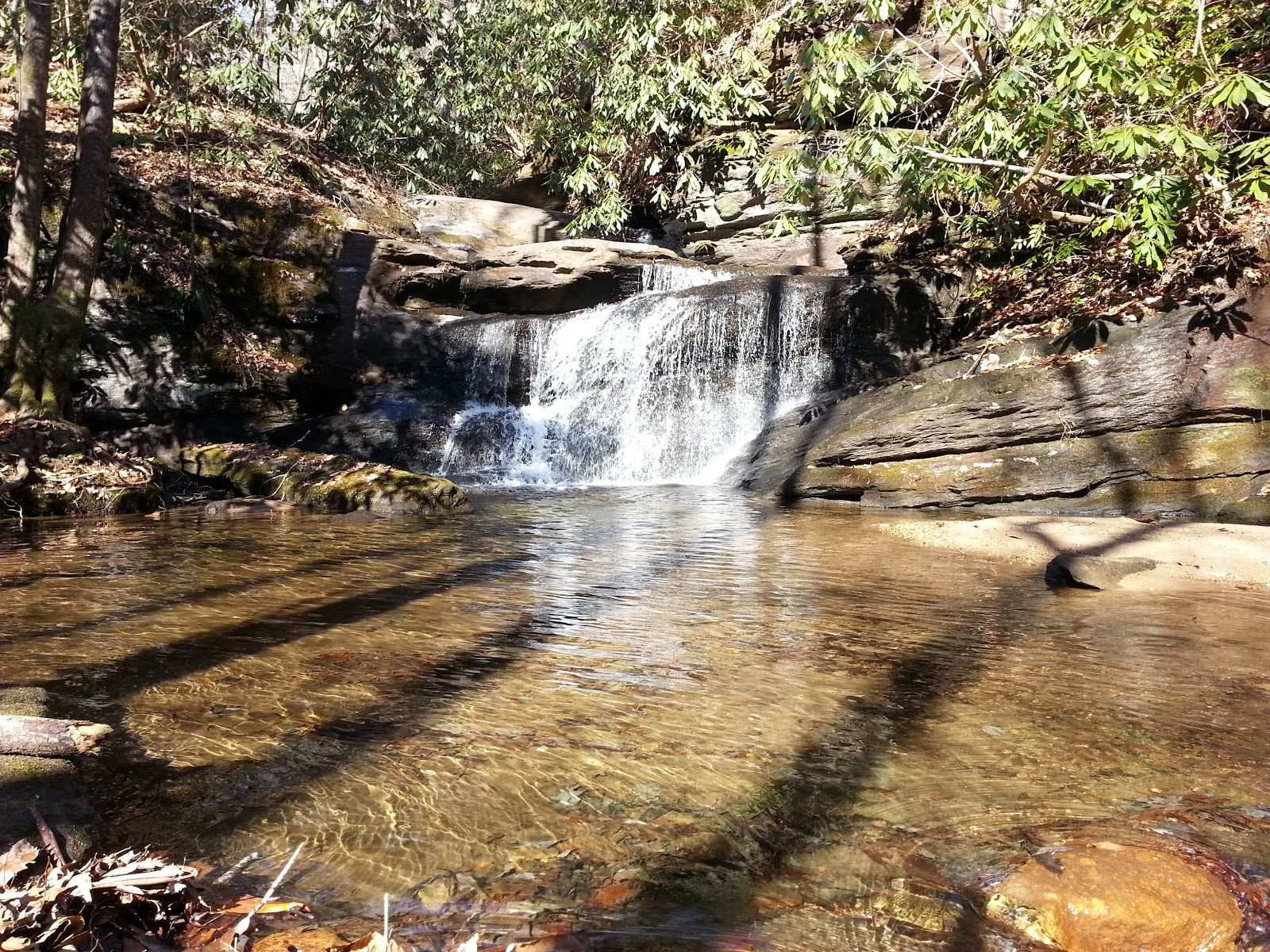 There are additional waterfalls that are not as well documented in the area but I had run out of time and needed to start heading back.  This is an area that I will be returning to in the Spring or Summer.

A big thanks goes to my adventuring friends Mark and Eric and to Mark for organizing this trip!  It's been way too long since I've been in the woods and it was time for another adventure. 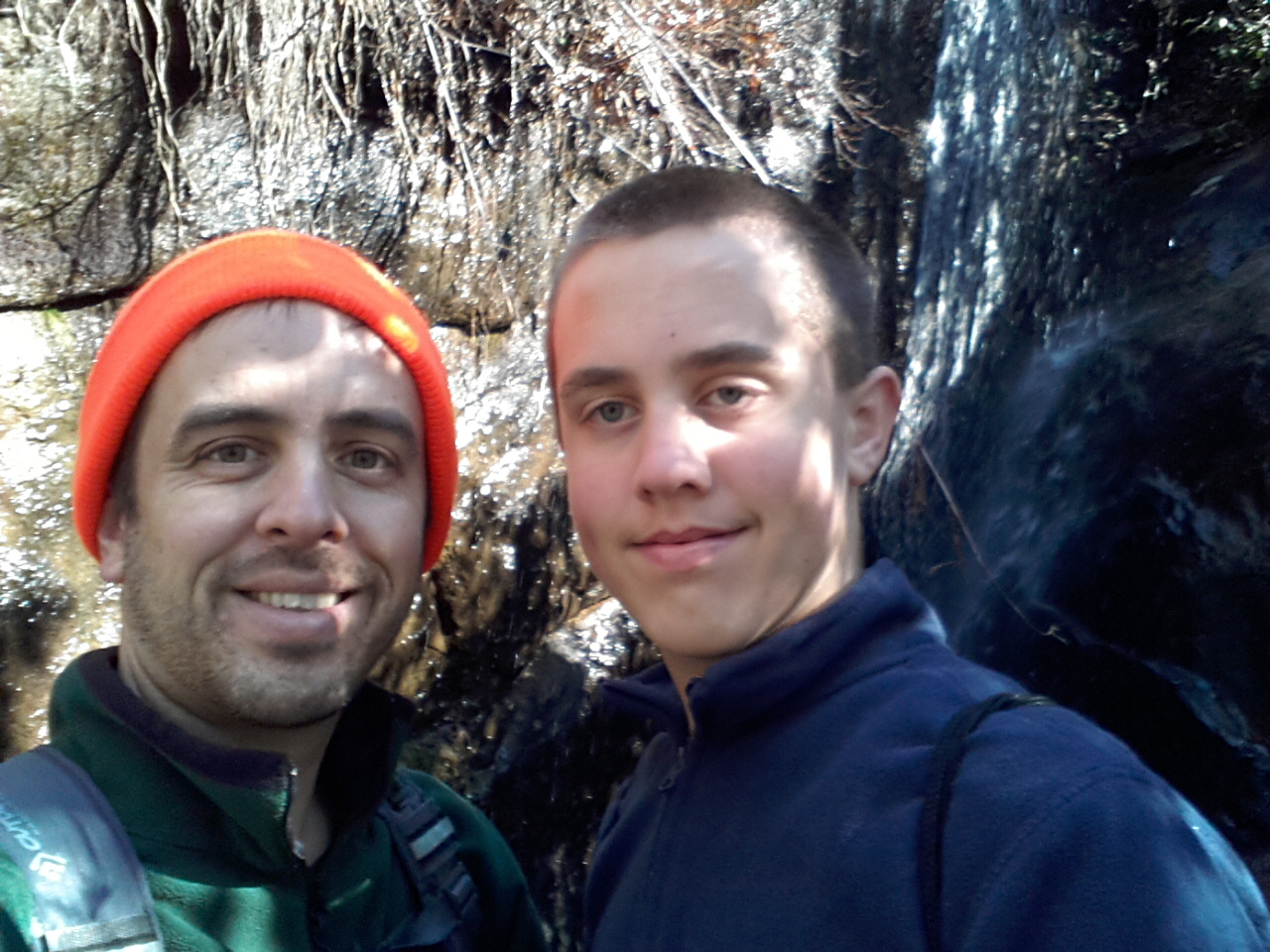 It's been 9 days since my last post.  That is a record gap in my writing this blog.  I know you must have been stressed out anticipating my next blog.  Wondering when it would come, what it would be.  Your wait is over.  My small vacation from blogging has come to an end.

So what happened?  Why the lack of blogging you wonder?  Here's a few things that have kept me from blogging recently. . .

I spent more time making sure my hair was just right in the mornings: 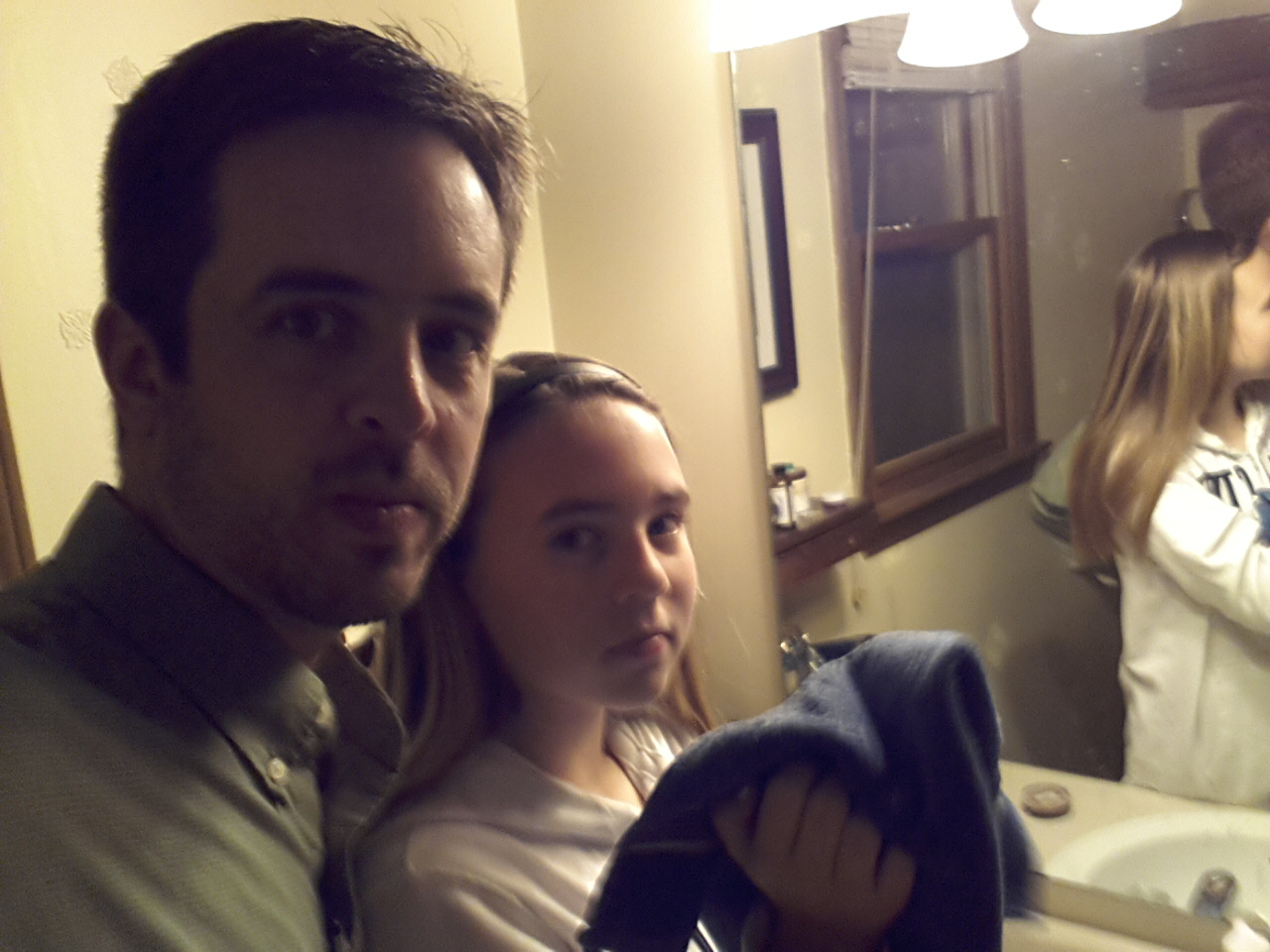 I was at Chick-Fil-A: 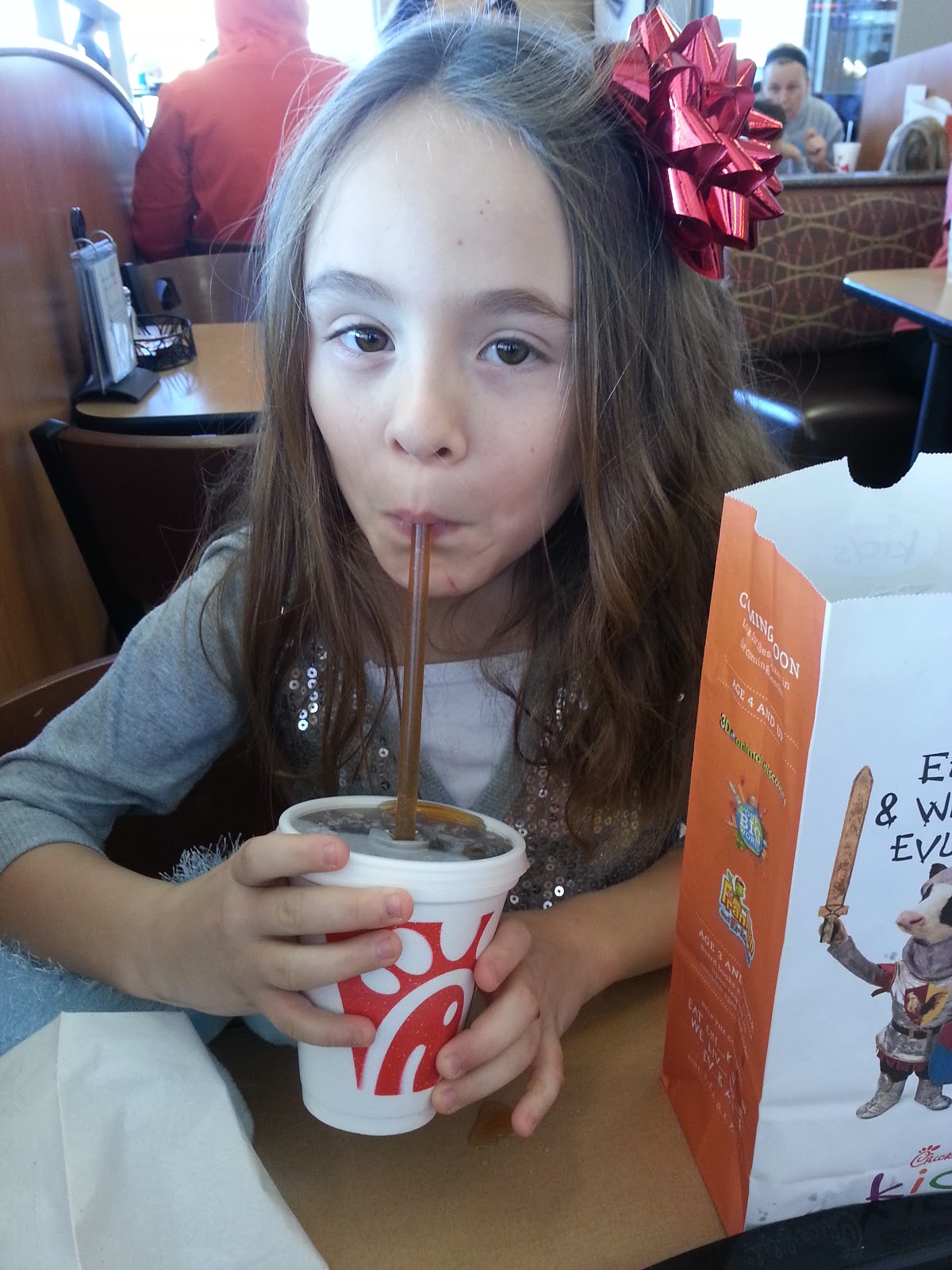 I was playing NBA2K15 with my son in the evenings. 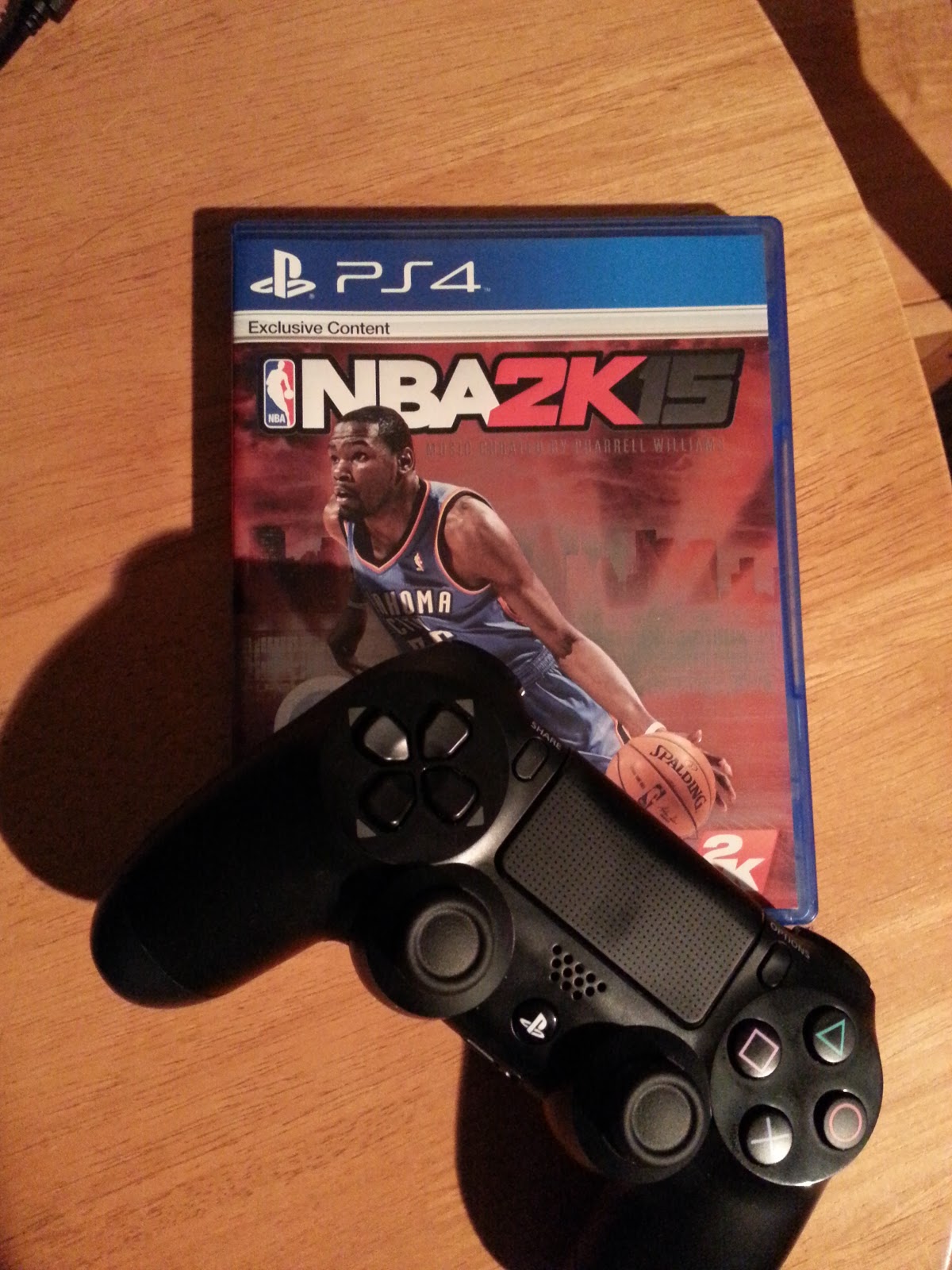 Late last week when I would have stopped to write, I was in the middle of a two game losing streak and I just wanted to cry myself to sleep.

And I went on an adventure (Hey!  There's something to blog about this week!): 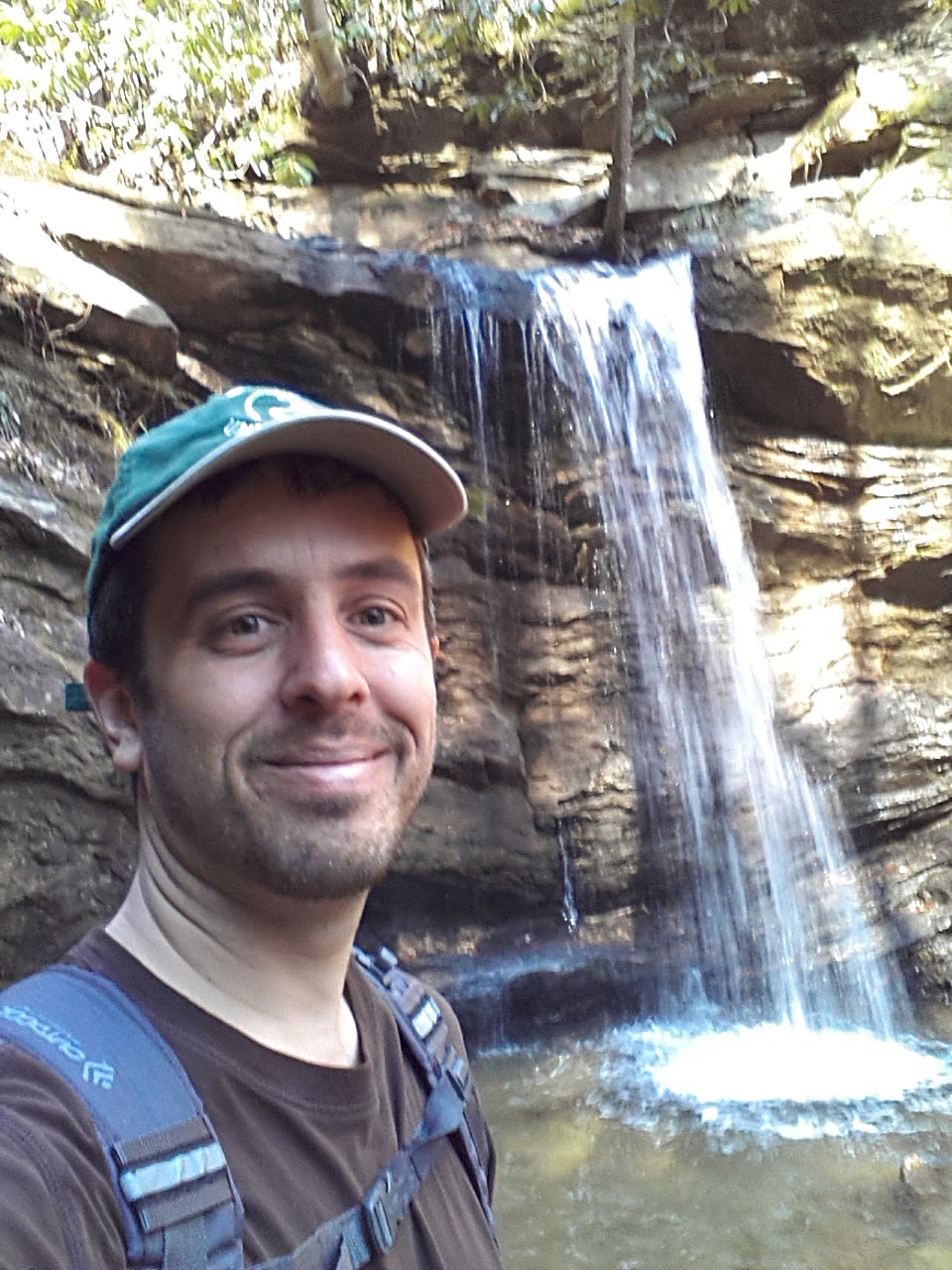 I may not keep the pace I previously was posting, but I am back to posting again.

Cari surprised me yesterday with a game that I have been rambling on about since Christmas. 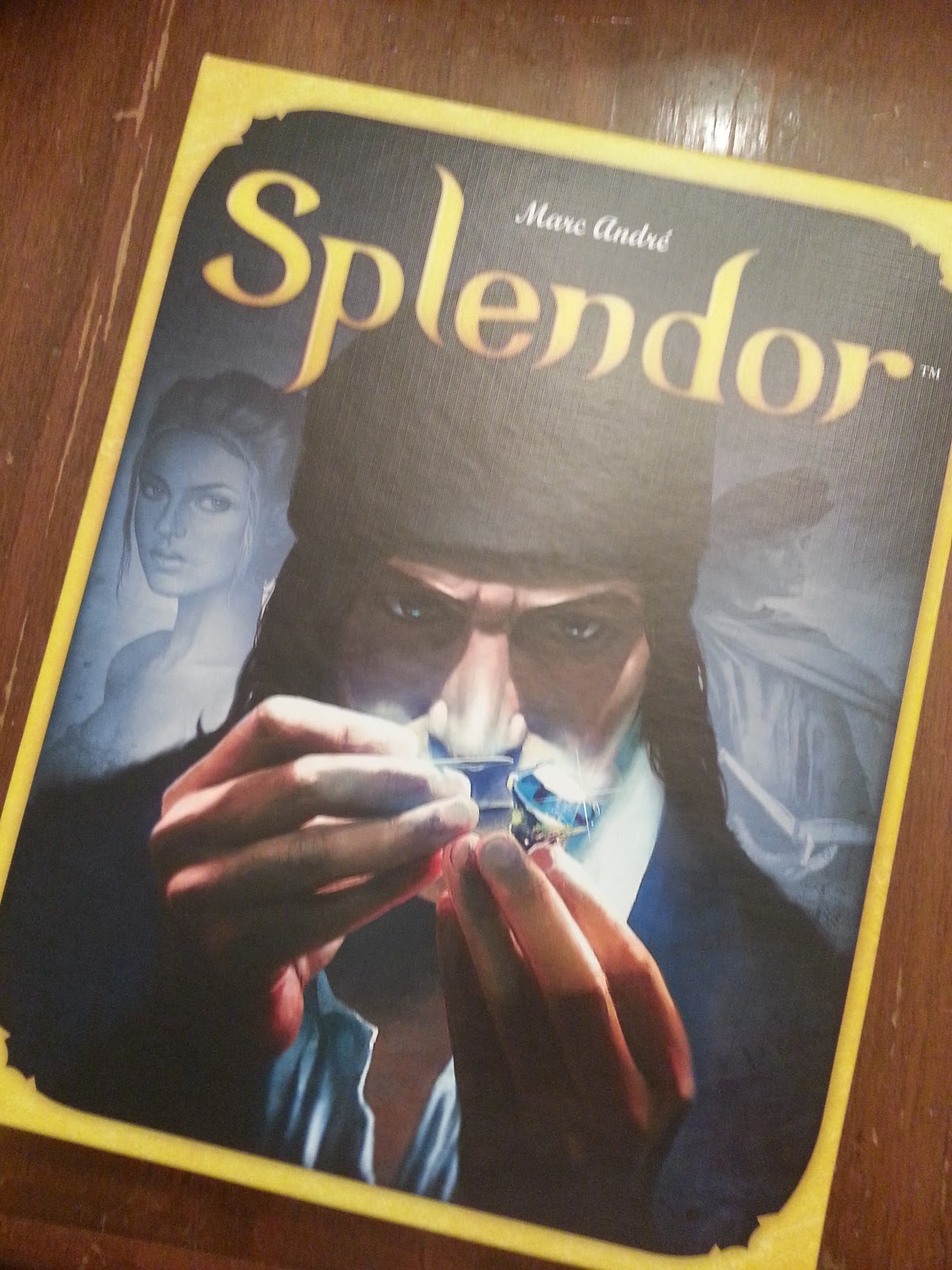 The boardgame Splendor is a pretty quick (30 minute) game that plays between 2-4 players.  We managed to play a few rounds last night and it is a fun game.   Your gems in the game are represented by a weighted chip similar to a poker chip.  These chips are some of the best game components we have seen in a while.

Now I have to figure out the strategy to stop Cari from winning every game!!!
Posted by Duck Hunter at 11:18 AM No comments:

I won't drink out of a plastic cup unless I really have to.  I'm not sure why but I'm pretty sure it's something I picked up from my mom.

My one exception to this rule is my plastic water bottle that I take when I pack my lunch for work.  I just haven't found a better solution to this. 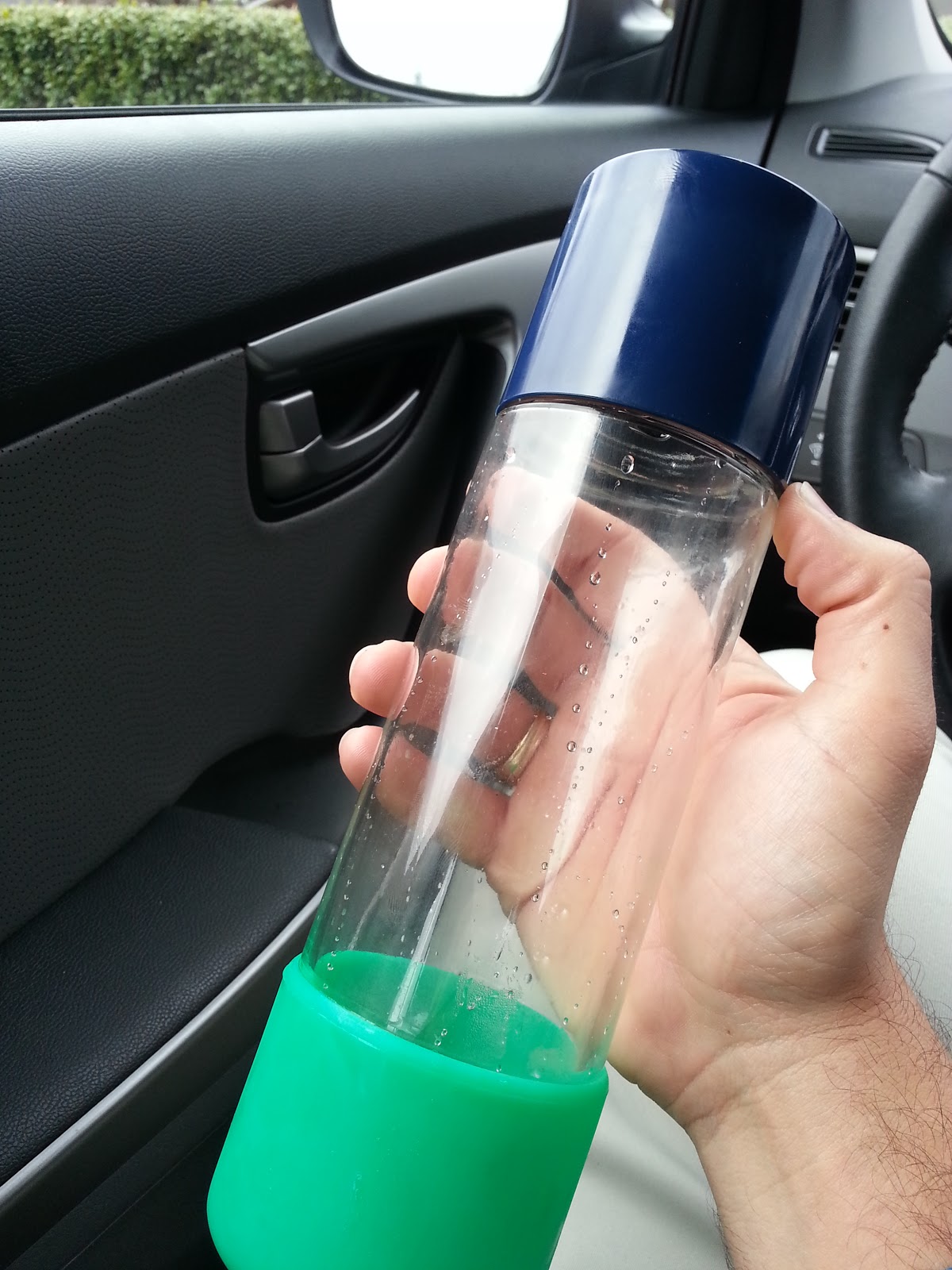 For Christmas Cari found and got me this glass water bottle that I can take to lunch.  I have already used it several times and I LOVE it!!!
Posted by Duck Hunter at 10:03 AM No comments:

Communion - Behind the Scenes

Have you ever wondered what happens to the extra bread and juice after communion in church?
The picture below reveals all!

After communion a 7 year old girl runs to the kitchen where she quickly drinks up any remaining juice and takes a chunk of bread home for lunch. 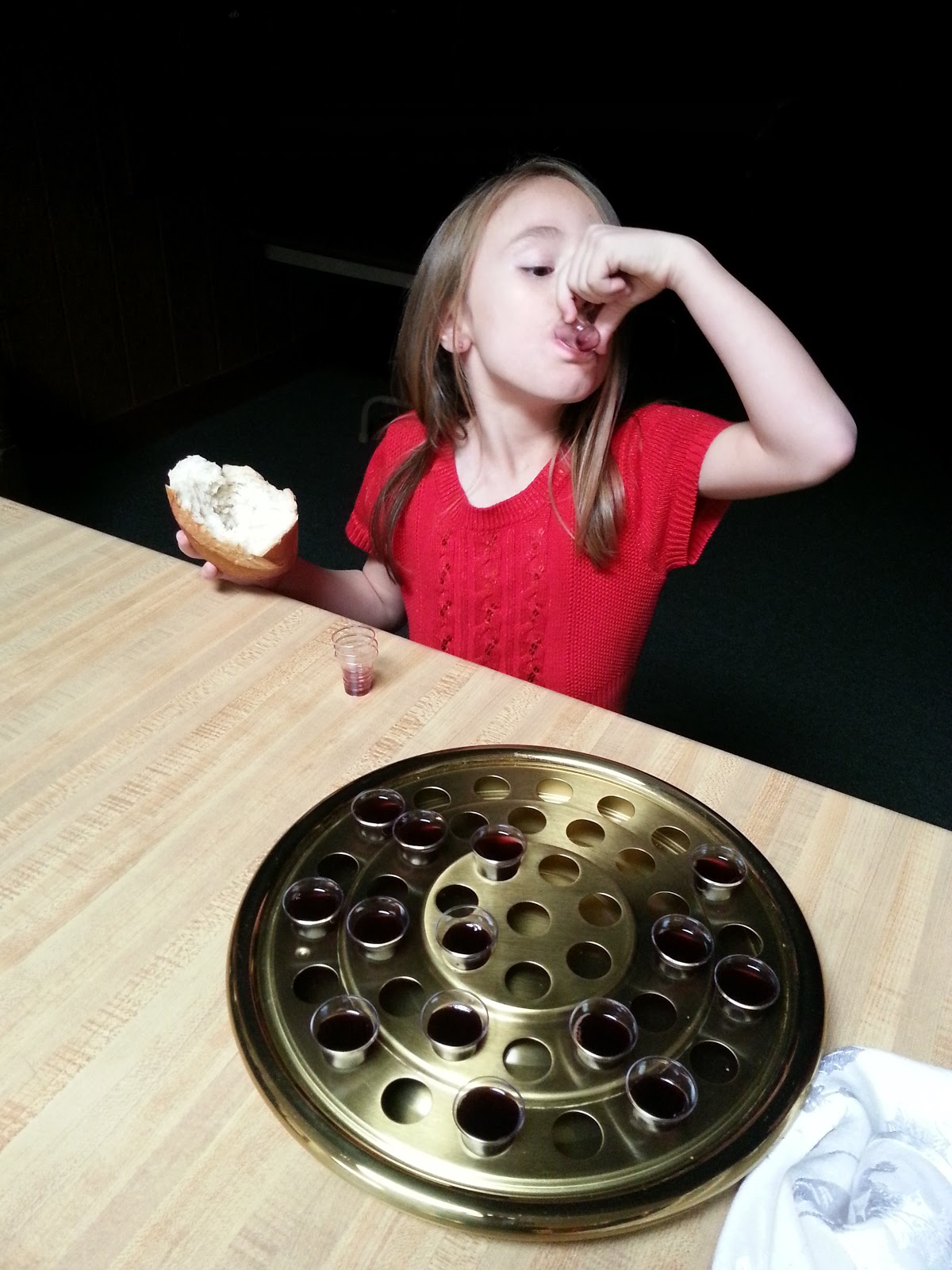 She's just trying to do her part.
Posted by Duck Hunter at 9:58 AM No comments:

I hope everyone had a great Christmas last week.  After setting a rule of not getting parents up before 7am we were shocked to actually be getting up at 7am!!

Posted by Duck Hunter at 7:01 AM No comments: